Stars in the Daylight: Ministry in a Guatemala City Landfill

Among the lush forests of the mountains of Central America, a canyon carved into the earth long before the first indigenous people set foot upon the land now serves as the largest known dump-site in the region. Surrounded by a twelve-foot concrete wall topped with razor wire and a single point of entry protected by a set of steel doors closed and locked nightly, this dump site is a wasteland of discarded food, industrial supplies, human waste, and toxic chemicals. The dump is not only an urgent situation threatening the local environment but is also the site of a growing systemic humanitarian crisis. “The mine” –– as the landfill has come to be known –– is home for thousands of people who are among the poorest in Guatemala. However, within this hellish place where children, women, and men live, is a familiar presence –– the church.

Knox alumnus Dana Craft (MABTS ’16) serves as an ordained Anglican minister in the heart of Guatemala City. After graduation, Craft planted his first church inside the dump site to minister in the most difficult of places and circumstances. Since then, he has planted an additional church in the city and also runs a non-profit NGO to provide relief to the suffering in times of need. In 2020 after the devastation caused by back-to-back category 4 hurricanes Eta and Iota, Craft’s ministry was able to give away over one hundred gas stoves and tanks to families in need. More recently, he helped provide burial services for over two-dozen families who lost loved ones in a mudslide due to extremely heavy rainfall in the region.

“This is a very dark place,” Craft says as he attempts to summarize life on the front lines of ministry in Guatemala. Decades of widespread political corruption have produced systemic oppression and poverty fueled by the dominance of gangs and drug lords. “The people, especially among the indigenous,” according to Craft, “are the ones who suffer the most.”

With the emergence of the COVID-19 pandemic in late 2019, vulnerable countries like Guatemala are at an increased risk. Nearly two years later, just as vaccine distribution has become widespread among affluent nations around the world, Guatemala’s vulnerability to suffering and loss is entering its peak. While the number of souls perishing on a daily basis is widely unaccounted for, there is evidence of growing desperation among the people. According to Craft, he and his wife have lost more friends, neighbors, and church members in the last two months due to COVID-19 than through the entire pandemic since it began in early 2020.

“The crematoriums have been running nonstop this year,” he says. “The hospitals have collapsed and there are no beds available. The situation here is dire.”

Making matters worse, since the pandemic began most foreign workers, missionaries, and embassy officials and their families who contribute to the local economy left for their home countries and have yet to return. “Everyone has gone home,” Craft explains. “All that’s left is a barren and corrupt land.”

Where has the church been?

Guatemala has become a well-known destination for Christian missionaries, organizations, and short-term missions groups from North America over the last two decades. According to Craft, Christians have risen to the monumental challenge of attempting to meet physical and material needs in a place where the average citizen lives on less than $2 US dollars a day, but often with little to show for it. Government corruption and a growing prosperity gospel movement that favors the wealthy and influential has stunted most attempts to help those who need it the most. In Guatemala, the Christian church and politics are often difficult to separate, Craft says.

“The Guatemalan government uses many of the local churches as distribution centers for humanitarian aid, but the church has often failed to save souls.” According to Craft, this is the greater challenge facing a true restorative gospel movement in Guatemala. A failure, he says, that can be addressed through faithful gospel preaching and a grounded theological education. Craft is quick to credit Knox for his own education. “Knox has given me a solid foundation that has helped me endure and minister here,” he says.

It’s his education from Knox Theological Seminary that now serves as the foundation for a bigger dream he has for Guatemala. Craft hopes to one day have an established on-site classroom that serves as a hub for theological learning, both virtually and in person. “This would allow for the students to gather, view lecture sessions together, and provoke discussion. In a sense, it would be a hybrid type of education,” Craft explains. “This suits us perfectly in Guatemala on many levels.”

On the seemingly impossible task that is set before him and his team, Craft remains hopeful that change can come. “We are like stars in the daylight. We are here but cannot be seen yet.”

Knox exists to educate men and women in the tradition of the Reformation to declare and demonstrate the gospel of Jesus Christ in their context. With your help, Knox continues to educate and support leaders like Dana to see life transformation around the world. Your generous donations and philanthropic partnership help make this work possible. Will you consider making a gift to continue educating leaders like Dana? Donate today! 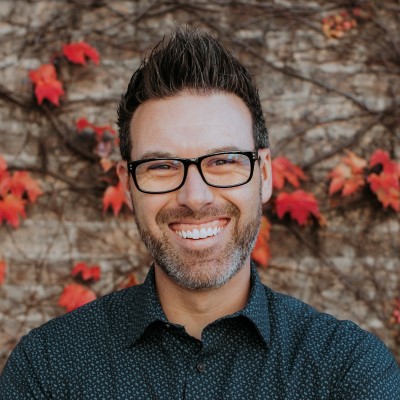