While I was in graduate school, I paid my bills by working as an entertainer. I was a juggler, magician, and ventriloquist. Every so often, someone would ask me what else I did, and I would explain that I was writing a PhD dissertation. Then they’d usually yawn and ask for more card tricks.

However, when I told them that I was writing on forgiveness, an amazing change would take place. Almost everyone had some question, usually about whether they should forgive some perceived slight or not.

N.T. Wright, in his magisterial book Jesus and the Victory of God, argues that for most of those who lived in Israel during the second‐temple period, forgiveness was simply another way of saying “return from exile.” While some have criticized Wright’s work, and this particular thesis, I find his analysis penetrating and very helpful.

Many Israelites who lived during the time of Jesus believed that the exile was still ongoing, despite the fact that they were back in the land. In short, much of what had been promised as signs of the end of the exile (e.g., Isa 40‐55; Lam 4:22; and especially Jer 31:31‐4) had not taken place, and thus the exile continued. If the exile continued, then forgiveness by God was still being sought after.

In fact, when one looks at some of the language that Jesus uses to speak of his coming, it is end‐of‐exile language. Think, for example, of the answer Jesus gave to the followers of John when they came to ask, “Are you the one who is to come?” In Luke 7:22, Jesus tells them to go back and tell John what they were seeing: that the blind received their sight, the lame walked, lepers were cleansed, and the poor had the good news preached to them. This is precisely end‐of‐exile language from Isaiah 29:18‐19. Jesus is saying that with him, the end of the exile had come.

Of course, many of those who were looking for an end to the exile expected physical changes. They looked for the day when Rome would be overthrown, and Israel would be the great and powerful nation that it had been under King David. Jesus, however, offers a much more important freedom—not freedom from Rome, but freedom from sin. The exile of mankind away from God, begun at the garden of Eden, was now coming to an end, not because of what the nation had done, but what God had done through Jesus.

What then does all of this say to those who are looking for forgiveness today?

God has extended forgiveness to all through Christ. We must remind that even within the United States and its “rugged individualism,” Christianity is not meant to be just a “personal religion.” Christian thought understands that the God of Israel has “opened the gates to the city and invited the outsiders to come inside” (see, for example, Matt 22:9‐10). The end of the exile, and the forgiveness offered by God, is not just to the nation of Israel, but to anyone who would affirm the work of God through Jesus. The people of God were not just ethnic Israel but all those who looked to Jesus for forgiveness. We become the “Israel of God” (Gal 6:16). Christianity has been and should be a corporate practice and identity.

Every time that we gather together to worship we are reminded that we are a people of God. Our forgiveness is shown in our singing, our reading, our fellowship and care for those around us. The death of Jesus paid the price that we could not. Matthew, in relating a parable of Jesus (Matt. 18:23‐35), reminds us our sin is akin to us owing God money—more money than we could ever pay. Yet at the crucifixion Jesus took our sin, paid our debt, and invited us to be a people who are free, who are forgiven.

When you gather at church this week, remember that God’s people are a people for whom the exile has ended. A people who have been forgiven. A people who wait with great expectation for the new heaven and the new earth. That is why we sing, we gather, we listen, and we go out and tell others. Because God, through his son Jesus, is making and will make everything right again. 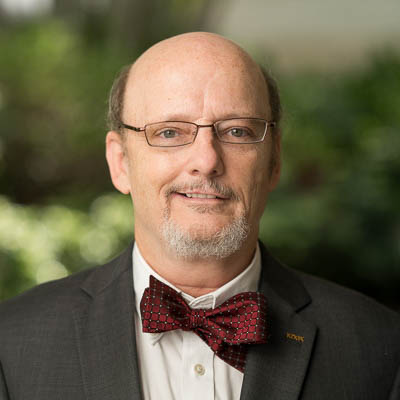