June 6 is known to history as D-Day, the Allied storming of the Normandy beaches. The event has special significance to me because my grandfather took part in this great liberation of occupied Europe. Seventy-seven years ago on the evening of June 5 he prepared his glider plane to be towed across the English Channel and silently dropped behind enemy lines. With the 82nd Airborne he landed before dawn outside the French town Sainte-Mère-Église to secure the town and its bridges in advance of the amphibious landings. June 6 remains to this day the largest naval crossing and seaborne invasion in history.

June 6, 2021 was also my daughter Elizabeth’s baptism, and I think the convergence of these events is meaningful. That day is a kind of D-Day for Elizabeth

Baptism is a water crossing from one state to another. Although it's cute on the outside, it’s also an aquatic invasion. “Enemy-occupied territory—that is what this world is,” C.S. Lewis once wrote. “Christianity is the story of how the rightful king has landed, you might say landed in disguise, and is calling us all to take part in a great campaign of sabotage.”

In baptism Elizabeth is being enrolled in the Allied forces to take part in the greatest liberation campaign of all time. She doesn’t know it yet, and her part to play will start off small, but as my grandfather told me about his part in D-Day, each person and each task mattered. As General Eisenhower wrote to my grandfather and all the D-Day participants, “the eyes of the world are upon you.”

Eisenhower’s exhortation to his troops is also appropriate for Elizabeth at her baptism: “Your task will not be an easy one. Your enemy is well-trained, well-equipped and battle-hardened. He will fight savagely.” But praise be to God that “greater is he who is in you than he who is in the world” (1 John 4:4). We can be assured that through Christ the decisive blow to evil has been delivered, and in him we are offered cleansing, new life, and union with him.

The 1559 Book of Common Prayer included this statement after baptism: “We receive this child into the congregation of Christ's flock, and do sign her with the sign of the cross, in token that hereafter she shall not be ashamed to confess the faith of Christ crucified, and manfully to fight under his banner against sin, the world, and the devil, and to continue Christ's faithful soldier and servant unto her life's end, Amen.”

May you who are baptized, young or old, confess Christ your king and serve him all your days. 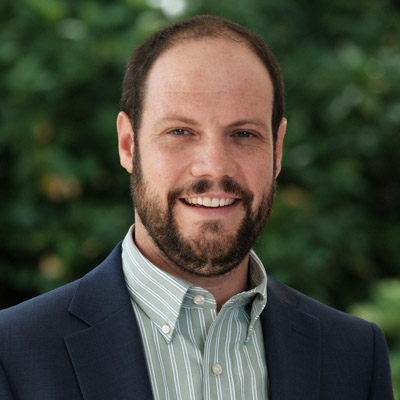